W – A-Z of Commoning and the New Forest 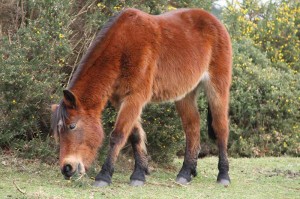 Twice a year the Verderers organise ‘welfare tours’ where experts from organisations such as the RSPCA and the British Horse Society tour the Forest to inspect the stock. The findings from the tours are reported on the Verderers’ website.

If you see any sick or injured ponies, donkeys, pigs, cows or sheep on the Forest you should get in touch with your Agister (who is the person on the ground responsible for welfare), or call the Verderers’ office on 023 8028 2052. Try to give them really clear information about what the animal looks like, and where it is. Saying that you’ve seen ‘a brown pony in the woods’ isn’t much help when there are hundreds of them!