Posted on February 25, 2014 by Julie Mottisfont 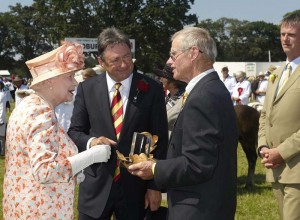 We are once again looking for nominations for our Diamond Jubilee Award, which is presented annually at the New Forest Show.

First presented by Her Majesty the Queen to celebrate her Diamond Jubilee in 2012, the award is given annually at the New Forest Show at the end of July.

The award is made to someone who has given freely of their own time and made a significant contribution towards maintaining or improving the environment and rural economy of the New Forest. Or to someone who has contributed to the conservation or cultural heritage of the New Forest, or brought about a greater awareness of issues that have a direct bearing on the well-being of the forest.

Chairman of the Trust, William Ziegler said, “The New Forest is indebted to many who go the extra mile to help conserve and improve it. Often their work goes largely unrecognized and this award is for those people. So, we are asking the public to come forward and nominate anybody they know who fits that description”

Nominations for the award can be made direct on the Trusts website:
https://www.newforesttrust.org.uk/new-forest-award