Posted on August 6, 2014 by Julie Mottisfont 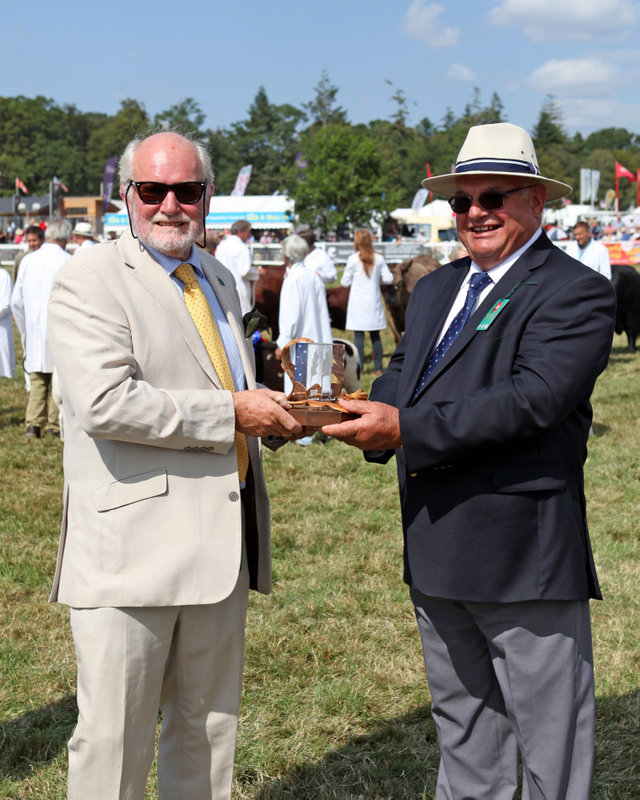 This award, first presented in 2012 by Her Majesty the Queen on the occasion of her Diamond Jubilee, is given to individuals who, “without expectation of recognition or reward, have given freely their own time and made a significant contribution towards maintaining and improving the environment and rural economy of the New Forest though conservation, education innovation or leadership, especially as relating to the aims and objectives of the New Forest Trust”

Mr Readhead, a Director and past Chairman of the New Forest Livestock Society, is an active and practicing commoner, a committee member of the Commoners’ Defence Association and an elected Verderer.

He has been the driving force behind the upgrade of the Beaulieu Road sale yard and has worked tirelessly to ensure it is fit for purpose now and in the future. This has included finding the funding and dealing with all the parties involved with bringing mains water to the sale yard and for the new roof both of which are major achievements which required huge amounts of time and effort.

Mr Ziegler said “Dave Readhead’s contribution to the New Forest over the years has been enormous, especially his work for the New Forest Livestock society whose development, every day running and maintenance of the sale yard is so important to the commoning community and ultimately the environment of the New Forest itself”.